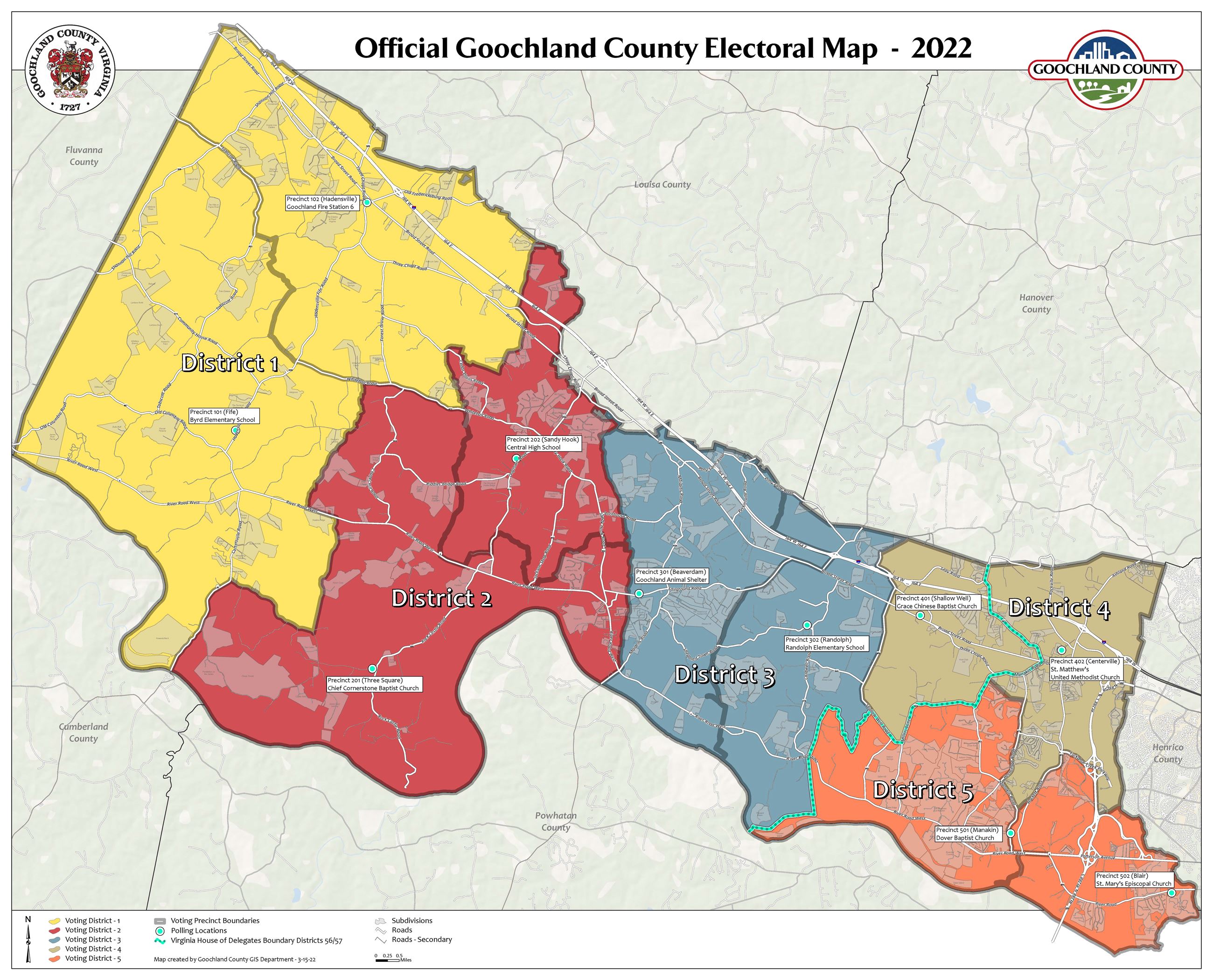 Below is a link to the Goochland County Official Electoral Map shown above, please click the link to view a larger version of the map.

The Goochland County Official Electoral Map is also available in an interactive full screen web application at this link [It is down until early February 2023].  The app displays the Official Goochland County Electoral Voting Districts, Precincts, and Polling Places.

While the map and ordinance are effective on April 15, 2022, under state law the Board of Supervisors and School Board members will continue to represent the election districts for which they were elected until after the next scheduled Board of Supervisors and School Board elections in 2023.  This is also true for county residents who have been appointed as district representatives to county committees and boards.

The Office of the General Registrar is updating its records to reflect the new Official Goochland County Electoral Map 2022 and revised voting districts.

Goochland residents began receiving a New Voter Information Notice mailer at the end of May 2022 explaining the changes in their Congressional, State Senate, and House of Delegates districts. Please note that this mailer may not reflect all changes to precinct/polling places.  As Goochland County will not be holding a primary election in June, any local changes will take place prior to the November election.

Here is an example of what the mailer will look like:

Once the Virginia Department of Elections has completed the adjustments, some voters will receive a second mailer with updated precinct/polling places.  Voters can find accurate Electoral Voting Districts, Precinct, and Polling place information by utilizing the interactive web application on Goochland County’s website at https://www.goochlandva.us/1191/Redistricting.  We apologize for any inconvenience or confusion that this may cause.

The Proposed Redistricting Map, which eventually became the Official Goochland County Electoral Map 2022, followed all legal requirements and also other criteria adopted by the Board of Supervisors in November 3, 2021. The Board of Supervisors specifically directed staff not to consider protection of incumbency for any local official, so that information was not collected or considered in creating the Proposed Redistricting Map.